It’s no secret that Botox injections can sometimes cause their recipients to become decidedly waxen faced. This presents a quandry for some Hollywood actors, who are under pressure to maintain a youthful appearance but still need to be able to convey emotion on their faces. Sadly, many seem to favor a wrinkle-free visage over faithfullness to their craft. 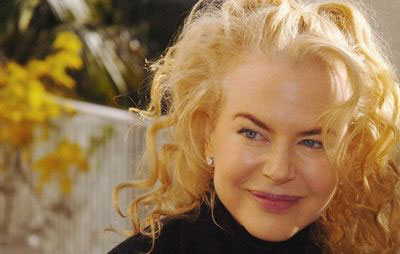 And there may be even more reason to avoid the Botox needle. A growing body of evidence is suggesting that not only does Botox affect our ability to express emotion, it actually diminishes our emotional experiences. This is due to the phenomenon of psychological embodiment, or, the notion that one’s emotional experiences are not a product of the brain alone, but, rather, are modulated by feed back from the body.

A set of recent experiments have specifically examined the role of facial expression in the processing of emotion. One experiment had subjects read sentences describing pleasant or unpleasant situations while either holding a pen in their mouth (forcing them to smile) or in the lips (forcing them to frown). Participants processed sentences faster when the forced facial expression was congruent with the valence of the sentence, e.g. when smiling during pleasant sentence or frowning during unpleasant sentences. (This effect, and the facial expression produced by the manipulation, occured out of the conscious awareness of the participants.) Previous work has shown that reading words that describe emotions activates specific facial muscles: corrugator supercilli for negative words, and zygomaticus for positive words. These are the primary muscles behind frowns and smiles, respectively. In other words, voluntary activation of specific facial muscles led to downstream effects in emotional experience.

In a new study, researchers at University of Wisconsin- Madison wondered if the relationship would hold if those same muscles were involuntarily deactivated.

The Experiment:
Participants — recruited through area cosmetic surgery clinics and given $50 credit towards their Botox treatments — were scheduled for two sessions. In session one, participants read sets of happy, angry and sad sentences. After each sentence, they pressed a key on the keyboard to indicate they’d finished reading. After reading all of the sentences, participants were given a Botox injection. Two weeks later, participants came in for their second session, during which they performed the same reading task they’d performed in session one ( with new happy, angry and sad sentences).

The Results:
Participants took longer to read angry sentences in session two compared to session one. There was no difference for happy or neutral sentences. This result showed that denervating facial muscles impairs the processing of emotional language, and supports the idea of facial movement as a moderating factor in the bi-directional link between language and emotion.

On one hand, this finding might dissuade some people from going for Botox treatment. The idea of losing one’s full emotional capacity seems a bit distasteful, conjuring up visions of emotional zombieism. On the other hand, the impairment is selective for anger. Could this be an unanticipated benefit? It might be nice to have one’s experience of anger compromised, particularly for those prone with excessive anger problems. Might Botox not have a positive effect on one’s mood (that is, above and beyond the effect of knowing one’s forehead is as smooth as a babies rump?) I can just see the ad now: “Botox: It doesn’t just make you look less angry, but makes you feel less angry.” I’m certainly glad Peter Finch didn’t Botox before his classic scene from “Network” (actors: note the anger lines in the forehead).

Go here for the paper, which includes some interesting speculation as to possible neural and psychological mechanisms.